The Root Word is Repair 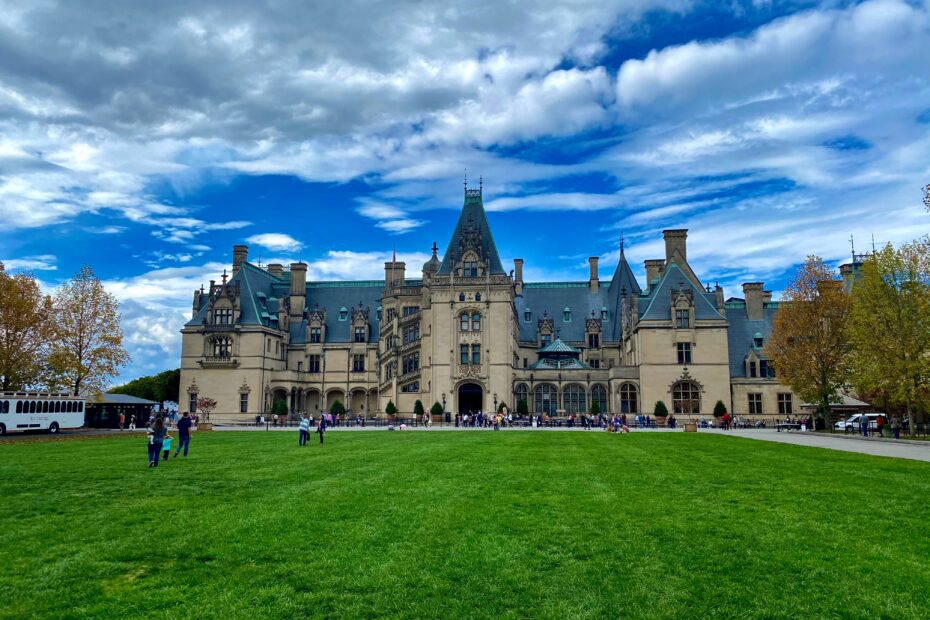 The Biltmore mansion is the anchor of the multibillion dollar Asheville tourism industry, bringing in millions and millions of dollars in tourists who buy tickets, eat at our restaurants, listen to live music, hike in our mountains or ride our world class white water. Christmas at the Biltmore is the thing you want to show all your visitors, and admit to being, once again, overwhelmed by its industrial magnificent, opulent excess. The Biltmore is the anchor that brings the whole family, and then they find things young kids can do on our mountain biking trails, while the adults go, masked, to a concert.

And the Biltmore, the fountain and foundation of the massive and ever growing tourism industry, was built on uprooting and evicting a Black neighborhood that was in the way of the grand plans of the Vanderbilts, and now, our tourism industry. And that community that got moved has survived, damaged but intact. But the Shiloh community, the direct descendants of the people who got displaced, get nothing, though the Biltmore cost them their homes, their neighborly relations, their community. That loss is still felt today.

But we could turn that loss into an enhanced tourism experience for conscious tourists, who believe that Black Lives Matter, who stood up that summer. We could tax them, which they would only pay voluntarily, to repair the damage done to Shiloh while they tour the mansion built on its removal. They could be given a button to wear to show they are not only clicking like for justice, they are taking actions to pay back the people harmed for the damage they were caused. To repair the damage which would let them enjoy the Biltmore’s magnificence more. The root word of reparations, is repair.

Just such a voluntary tax has been tried by the Oholone indigenous people in the Bay Area, to support the purchase of a land trust that would be sovereign Ohlone land as native Americans work on getting the land back. The tax works. It’s doing what it was made to do, at the direction of the Ohlone. It’s got land under stewardship as donations roll in to enable them to buy the land.

A network of places working on these local repair taxes could create a new national narrative – one displaced neighborhood next to an affluent economic neighborhood, tourism attraction, or business center at a time. The people who chose to pay the tax could become a significant political block, a shareholder advocacy base, a consumer market, an investment club opportunity, etc.

The simple hook is you attract people who want to pay reparations, and who want an enhanced tourism experience along with it, a deeper connection to the place where are going to see the fall leaves and drink from the many micro brew pubs.

This is reparations without pain, but bought as an enhanced cultural experience for tourists who want to think of themselves as engaged in solving our problems, in cooperation with the community, who would also love the idea of the money being directed not by those taxed, who demonstrate that Black Lives Matter in a way that feels good and creates communities among fellow button wearers, people who might want to vacation together once they get to know one another, or come back more often, or stay longer as they start to feel a connection to the community and feel better about their privilege. The tax could be huge in the schools as you would let young people have a weighted vote, perhaps, since they are the ones who will have to live in the world the tax creates.

This enhanced cultural experience, of your visit helping to repair the damage done by a racist, hierarchical system that you are part of, which enables you to enjoy yourself more and spend more money because of the feeling of peace and freedom paying the tax would give you. And the tax and its design is also a way to stay engaged, virtually with where you put your money, if system design and community led economics of interdependence and neighborliness as it evolves, probably messily, is something you’d like to be involved in.

This tax could do the same sort of things on North and South Carolina ocean front resorts. A lot of people at Hilton Head would pay a tax for the economic empowerment of the Geechee and Gullah people, and they have unique foods that people who engage would want to subscribe to for regular shipments.

The tax works to repair. The people hurt get to say what it goes for. And that enhances greatly the tourism experience of a certain kind of affluent, problem solving, system thinkers and actors. We can hold retreats and conferences for them, as they engage in community led bioregional economic development.

We would attract the people we want to attract who would engage with helping the community thrive. We’d find ways to handle volunteer engagement, but they wouldn’t only pay the tax. They’d help build the rest, and take what they learned back home, creating a real progressive party for cohorts experience, which would also engender more media and cultural expressions; art exhibits, musical performance geared for system thinking problem solvers with an understanding of the lane they play in and the lane the people of Shiloh, or Indiana Avenue, or the Gullah and Geechee communities who used to be in Hilton Head play.

We would attract the best doers, system thinkers, people with access to resources to get things done, and engage them with the Shiloh Community in a respectful and helpful way, for those who want to engage with the justice wing of the Asheville tourism experience. There is shopping, biking, hiking, rafting, music, galleries, and of course, the Biltmore, for the rest of the family.

Those are people we want to attract here, and then connect them and what they do with what we are doing here, and what people in our network in Indianapolis, or Chicago, or on Navaho land, etc.

This would create a great narrative to attract affluent, progressive people eager to show they want to take action to show they know Black Lives Matter. The tax would go to create intergenerational wealth as well as valuable and healthy residential districts and Black Wall Street business districts. Stephanie Swepson Twitty, CEO of Eagle Market Streets could serve as the administrator of the tax and the people deciding what to do with the money would be the Shiloh community, along with world class system designers who’ve built elements of community led just economies in other places as their advisors.

I was talking to DeAmon Harges yesterday and he said the group behind the Cultural Trail in Indianapolis spent $63 million on the winding historical markered long path through parks and alongside canals. It’s brought in billions, they told DeAmon. How much of that money goes to Black and brown people? They couldn’t say. Some, for sure. Probably. A tax like the one I’m describing would work there; it could also get you a 15 minutes free on the ubiquitous e-scooters that litter their plazas and parks. Indy is an amazing park and exhibit city. It gives something to do to the spouses and families of the people who come to its conventions and conferences. It holds more conventions than anywhere. The parks and cultural attractions are an enticement to the business person to bring his or her family. DeAmon thinks a tax on the cultural trail would be something the Cultural Trail administration would like. He has a contract with them and wants to take the action forward.

When you want to think about doing reparations, as we have here in Asheville, the root word is repair – to remedy the damage done. That’s what Stephanie is advising the people here. And it’s a rubric that makes remembering what was done job one. Then repairing that damage. Like the Shiloh Community, the first Black neighborhood displaced to enable the creation of the Biltmore mansion; the top Christmas tourism attraction in the state.