Leroy Barber has dedicated 30 years living and working towards what Dr. King called “the beloved community.”

Leroy starts projects that shape society. In 1989, burdened by the plight of Philadelphia’s homeless, he and his wife, Donna, founded Restoration Ministries to serve homeless families and children living on the streets. In 1994 he became Director of Internship Programs at Cornerstone Christian Academy. Leroy was licensed and ordained at Mt Zion Baptist Church where he served as Youth Director with Donna, and also served as Associate Minister of Evangelism.  In 1997 he joined FCS Urban Ministries in Atlanta, GA working with the Atlanta Youth Project to serve as the founding Executive Director of Atlanta Youth Academies, a private elementary school providing quality Christian education for low-income families in the inner city.  Leroy also helped found DOOR Atlanta, Community Life Church, South Atlanta Marketplace, and Community Grounds Coffee shop in Atlanta, as well as Green My Hood and The Voices Project. Leroy is an innovator, entrepreneur and lover of the arts. Leroy has a Masters Degree in Divinity and D. Min.

Leroy was formerly the Director of Innovation for an Engaged Church serving the Greater NW area of the United Methodist Church. Leroy is the Co-Founder of the Voices Project and Adjunct professor at Multnomah University. Rev. Barber has served on the boards of The Simple Way, Missio Alliance, The Evangelical Environmental Network (EEN), and the Former Board Chair of the Christian Community Development Association (CCDA).

He is the author of four books:

Leroy currently lives in Portland Oregon and has been married to Donna for the past 35 years. Together they have six children. 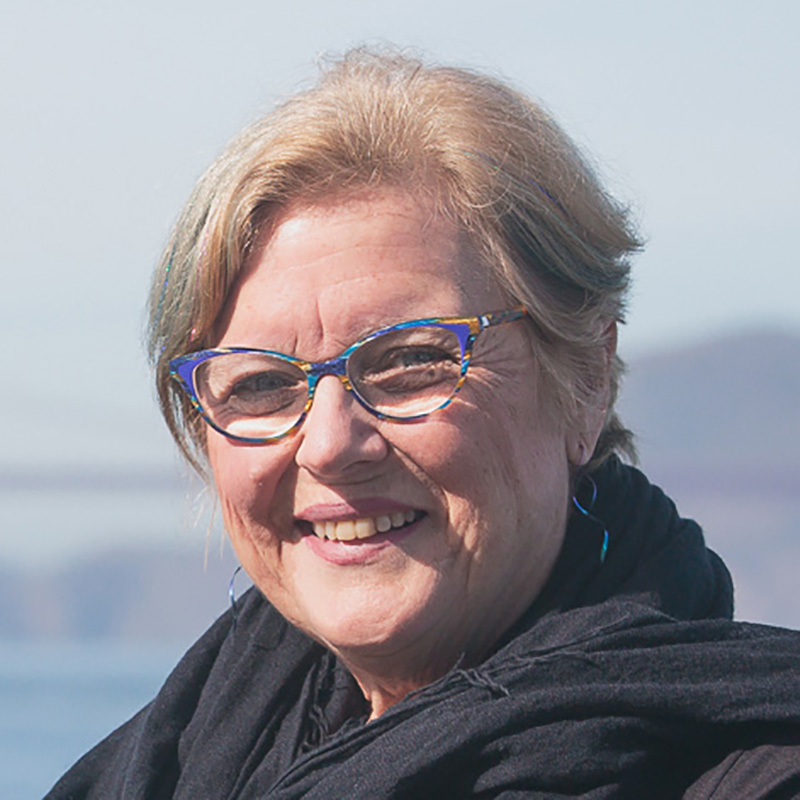 The Rev. Canon Rosa Lee Harden is a self-described serial-entrepreneur. Her vocational life has included being publisher of weekly newspapers, trade journals, a business journal and CEO of a ‘Silicon Valley’ start-up. She was ordained as an Episcopal Priest in 2000 and served as Vicar of Holy Innocents Episcopal Church in San Francisco for ten years. She also served as the Canon for Money and Meaning at All Soul’s Episcopal Cathedral in Asheville, NC. In 2003, she developed ‘via media,’ a video curriculum about basic theology for the Episcopal church, developed at a time when the church was under great stress. Purchased by more than 1000 churches, it brought healing and connection across the denomination. In 2008, she and her husband, Kevin Jones, launched the global SOCAP (Social Capital Markets) conference, the conference at the intersection of money and meaning. In its 11th year, SOCAP18 brought more than 3,000 people from more than 60 countries to San Francisco to accelerate the good economy. Now, Rosa Lee is leading F+F: Reimagining God’s Economy, a conference to enable the varied and disconnected tribes of the Christian church to learn a language for making theological sense of money and its uses. She is also executive producer of Neighborhood Economics, a convening in Indianapolis that brought together leaders and practitioners in the field.

Kevin Jones began his career as a weekly journalist in the poorest county in Mississippi. Along with his wife and business partner, Rosa Lee Harden, he went on to run a number of successful publications and trade journals in the state. In the mid-90s, Kevin launched the first web-based legislative monitoring and legal opinion service in the country, the same year the Netscape browser came out. Having a profitable internet-based business in the year the web launched enabled him to understand the business potential of the web, which he leveraged to create the first business-to-business internet conferences. In 2008, Kevin partnered with Tim Freundlich to create one of the first impact investing funds. While the fund was successful, Kevin and his partners quickly realized that the ecosystem needed to change for impact investing to succeed. This led to the creation of SOCAP, which grew over ten years from 600 to 3000 participants and is credited with changing the narrative on impact investing. Now, Kevin and Rosa Lee have launched F+F to let Christians get their money and their beliefs in line in order to do the hard, catalytic, patient work the world needs and Neighborhood Economics to pull together investors, practitioners, and planners to address economic issues in local communities.

Paula Garrett is the Director of Communications for Faith+Finance and Neighborhood Economics. Paula also teaches “American” literature, interrogating assumptions about identity in national literature, and she teaches queer and southern literature and tries to offer insights into literature by writers of color. She presently serves as chair of the Department of English, returning to the classroom after having previously served for a decade as Vice President for Academic Affairs and Dean of the College at Warren Wilson College in Asheville, NC. She previously taught English and American Studies and directed the Writing Program at Millsaps College in Jackson, MS, and served as clinical instructor of medicine and writing coordinator of the University of Mississippi Medical Center. Paula holds a B.S. Ed and a Master’s in English from Baylor University and a Ph.D. in English from Louisiana State University. Paula has written and published broadly on 19th Century American women, rural healthcare, LGBTQreproductive legalities, and contemporary civil rights. She currently focuses her writing as a public intellectual, posting op-eds on contemporary religious, legal, and civil rights issues. She also works closely with values-centered projects to secure funding for their work.

Melissa Scheiderer has spent over twenty years leading initiatives and managing projects at values-driven companies, within mainstream and impact finance, as a social entrepreneur, and for non-profit and philanthropic organizations. A seasoned event producer and operations specialist with a passion for facilitating positive change and a fervent belief in a regenerative future economy, Melissa leverages her expertise to efficiently take projects from ideation to actualization.

Anna Golladay thrives on curating creative, spiritual & entrepreneurial possibility. As a highly accomplished and multi-talented creative, marketing and branding expert, she has over 25 years of blended corporate, independent and not-for-profit experience.

Via her social enterprise Work of Place she helps urban churches understand how their underutilized facilities can work alongside burgeoning entrepreneurs, often lacking in resource and financing, with the intent of sparking both neighborhood revitalization and an increase in ideators who change their communities. Additionally, she works as the Sr Director of Communications and Marketing for Convergence and the Curator of Creative Engagement and Advocacy for the Activist Theology Project.

She is a minister in the United Methodist Church. Her ministry is focused on social justice and any inequity that exists both inside and outside the walls of the corporate church. She is diligent in her advocacy of full inclusion of all persons in the United Methodist denomination. As a queer justice advocate via faith and social construct arenas she boldly enters spaces of difference and stands firmly in the gap.

Tim Soerens is the co-founding director of the Parish Collective, a growing network and global movement of Christians reimagining what it means to be the Church in, with, and for the neighborhood. His latest book is called “Everywhere You Look: Discovering the Church, Right Where You Are”. His co-authored first book “The New Parish: How Neighborhood Churches Transform Mission, Discipleship, and Community (Intervarsity Press, 2014) won multiple awards, including Christianity Today’s award of merit. Tim has launched multiple sold-out conferences including the Inhabit Conference, New Parish Conference UK, Conspire Gathering, and Neighborhood Economics Conference. He also co-founded Neighborhood Economics to catalyze entrepreneurship as a path to wealth for marginalized communities which has helped to raise over 3 million dollars. A popular speaker, Tim speaks to a broad cross section of organizations and denominations in the United States, Canada, the United Kingdom, Australia, and New Zealand. Closer to home, he and his wife are co-founding owners of Resistencia Coffee, a neighborhood coffee shop and have 3 boys.

Tim Freundlich is the founder and executive director for strategic development at ImpactAssets. He develops partnerships and new client relationships, as well as industry field-building and innovation. While previously at Calvert Impact Capital for 12 years, Tim conceived of and launched the ImpactAssets Donor Advised fund. He was also instrumental in building the now $500M Community Investment Note with more than $2 billion raised, deployed over and over into community development loans globally. Tim is a sought-out industry speaker and is regularly featured and quoted in media outlets worldwide, including Forbes, Barron’s, CNBC, TheStreet, Stanford Social Innovation Review, the Chronicle of Philanthropy and ThinkAdvisor. He received a BA from Wesleyan University and an MBA from the University of San Francisco.